Birdy Jr. is a short film about loss

How do you tell your 6 years old child that you are going to die? Ask Birdy. 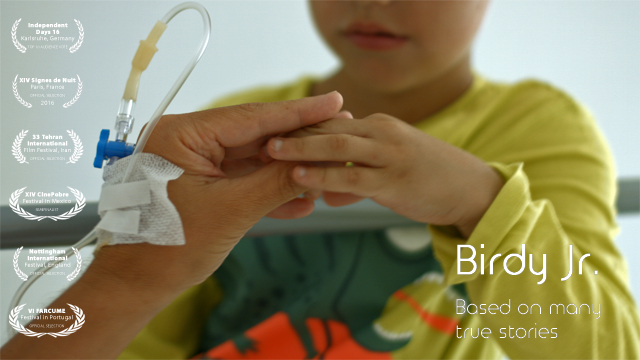 The short film Birdy Jr. is based on a story created by Artem Golikov and called “Гусь” (Goose).
All scenes with the child were shot in the single take to capture his real emotions.
Medical equipment was provided by Hospital Distrital de Lagos.