LIKES is a big, meaningful and powerful short film about social media

LIKES reveals the true reasons why we use social media. The truth we always knew but were afraid to admit. All you need is LIKES!

02 The making of LIKES

Our behind-the-scenes video shows if men are able to fake a Facebook orgasm, and how many actors were cast for the main role.

The Facebook list of favourite films in the opening scene includes Last Tango in Paris by Bernardo Bertolucci, Histoire d’O by Just Jaeckin, Jamón Jamón by Bigas Luna, 9 1/2 weeks by Adrian Line and Basic Instinct by Paul Verhoeven.
A status update used in this short film is the actual script of LIKES posted by Artem Golikov on his Facebook page. Numbers of Likes and Shares in the film correspond to their real numbers on Facebook.
Mi3ch is one of the most influential bloggers in Russia. And Yes, Mi3ch left a big, meaningful and engaging comment on Facebook. Of course, he firmly liked the film. 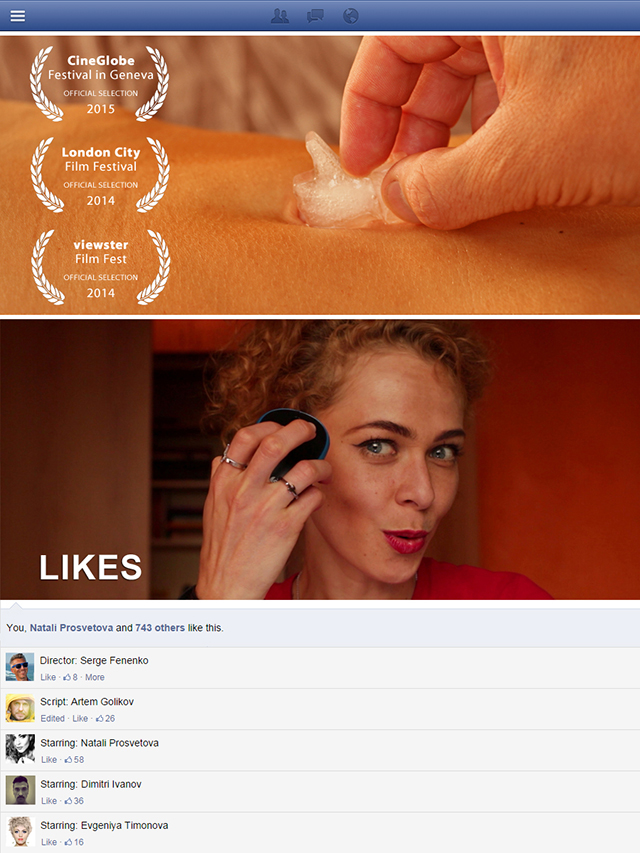